Fair Trade Roundup: What is Hershey Up to NOW?! 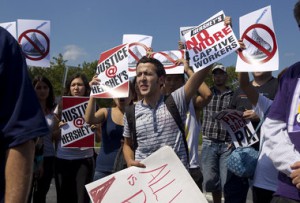 Hershey is America’s favorite chocolate brand, accounting for 42.5% of the US market. Yet, inside almost every Hershey chocolate product is the bitter truth that the cocoa used to produce the chocolate may very well have been produced under harmful conditions, including forced labor, human trafficking, and abusive child labor.

Since at least 2001, the Hershey Company has been aware of the problems that exist at the start of its supply chain, yet it continues to source from this region without ensuring that labor rights abuses do not occur in the production of the cocoa it uses.

That was last week. This week there have been more labor abuse accusations made against Hershey, this one from the United Students Against Sweatshops (USAS). Earlier today John Fitzgerald from Penn State USAS sent the following announcement:

USAS was alerted to human rights abuses of international workers in the United States. This summer, hundreds of students from around the world each paid $3,000-6,000 for what they thought was a cultural exchange program. What they were actually greeted with were chocolate packing jobs at sweatshop conditions, poverty pay, severe pain, no cultural experience, and virtually no chance to make back the money they paid for the program. All this is going on at a Hershey Chocolate factory at Hershey, PA, in Penn State’s backyard. Hershey Chocolate is exploiting international student labor instead of bringing much-needed jobs to Pennsylvanian families.

Take Action: Click here to e-mail Hershey’s CEO John Bilbrey and demand an end to the exploitation of student guestworkers, and/or call his office at 717-534-4200. 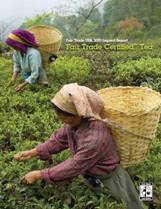 Check out the report pdfs here:

WPRI Eyewitness News had an interesting segment about Fair Trade. They did their best to inform consumers about the complexities of Fair Trade product labeling. You can watch it here: 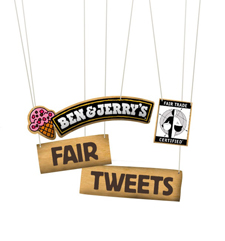 LINKS WORTH CHECKING OUT