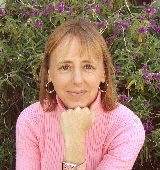 The following post was written by Global Exchange Co-founder Medea Benjamin and originally appeared on The Huffington Post:

The 38 deaths in Saturday’s helicopter crash in Afghanistan include 31 Americans, making this the deadliest day for U.S. forces since the war began. The tragic loss of American lives might be worth the sacrifice if it was making America safer, or if our presence was significantly improving the well-being of the Afghan people. But neither of these is true.

Our presence in Afghanistan is not making us safer because Afghanistan is not a threat to us. This was clearly acknowledged by a senior Obama administration official in a background briefing to reporters on June 21.“United States hasn’t seen a terrorist threat from Afghanistan, for the past seven or eight years,” he said. He noted that Al Qaeda had moved on to Pakistan, Yemen and Somalia.

Meanwhile, thanks to President Obama’s surge, over 100,000 U.S. troops are bogged down chasing an indigenous Afghan ragtag army, the Taliban, which has no interest in attacking anyone inside the United States. The only reason they are attacking U.S. soldiers is that U.S. soldiers are occupying their country.

Even if there were a reason for U.S. forces to fight the Taliban, our presence only strengthens them. The Obama Administration has been trying to convince the American people that the surge in U.S. troops has been successful in weakening the Taliban. But a recent string of high-profile attacks that the Taliban have taken credit for belie that rosy assessment. The killing of Kandahar’s police chief, Kandahar’s mayor, President Karzai’s brother Ahmed Wali Karzai, a top presidential aide, and the deadly attack on the seemingly secure Intercontinental Hotel in Kabul—and now this helicopter downing–show that the Taliban are far from defeated.

The truth is that the presence of foreign forces gives the Taliban its raison d’etre. Every time NATO forces kill Afghan citizens, the Taliban benefits. And that happens all the time. In fact, the very day the helicopter was shot down, August 2, NATO troops attacked a house in southern Helmand province and “inadvertently killed eight members of a family, including women and children.” You can bet that the some of their relatives will soon be placing IEDs along the road to blow up U.S. tanks.

The Taliban have learned to downplay their unpopular fundamentalist ideology and take advantage of this popular discontent. Look at the case of In Wardak province, where the helicopter crashed. The Taliban had disappeared for several years, fleeing to Pakistan from 2002-2005. But capitalizing on the local anger about civilian casualties caused by NATO forces and anger at corrupt politicians, the Taliban returned and rebuilt, maintaining a stronghold in a province that borders Kabul.

The U.S. presence supports the Taliban in even more direct ways. Millions of dollars from U.S. contracts to Afghan trucking companies that supply U.S. troops have gone to bribe Taliban fighters not to attack the convoys. So U.S. taxdollars pay our enemies, who use these resources to buy weapons to kill our soldiers.

As for the well-being of the Afghans, our billions in development aid has done little to lift poor Afghans out of poverty. An in-depth report on Afghanistan just released by the International Crisis Group found that after 10 years of massive security, development and humanitarian assistance, “the international community has failed to achieve a politically stable and economically viable Afghanistan. Despite billions of dollars in aid, state institutions remain fragile and unable to provide good governance, deliver basic services to the majority of the population or guarantee human security.” The report found that development funds distort the local economy and often contribute to instability.

So our presence has created financial and political conditions that strengthen the Taliban and leave Afghans in poverty. Our troops are being sacrificed to prop up a corrupt Afghan government that is not supported by its people. Precious resources are wasted on failed development projects while our own schools, roads and bridges are crumbling from lack of funds. This senseless waste of U.S. lives and resources, which is directly contributing to the catastrophic U.S. financial decline, is just what Osama bin Laden wanted to see happen.

The Obama administration is planning to withdraw 10,000 troops from Afghanistan by the end of this year, leaving a huge force of 90,000 troops still fighting this unwinnable war. The deaths of these 31 Americans, and the more than 2,600 U.S. soldiers who have died in this quagmire, should raise a renewed debate about our presence in Afghanistan.

Let’s tell President Obama that the best way to pay tribute to the soldiers who have died—and to address our financial crisis–is to bring the rest of the troops home.

Medea Benjamin is cofounder of Global Exchange and CODEPINK. For info about upcoming protest of 10 years of Afghan war, see October2011.org.