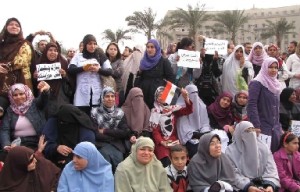 It was announced this week by the Supreme Council of the Armed Forces (SCAF) that Egypt will not allow international monitors to observe the upcoming parliamentary elections. The international community is calling on SCAF to reconsider its decision, claiming that this decision puts the credibility of the elections at risk.

Instead of allowing in international observers, SCAF claimed that Egyptian monitors will be used to guarantee the safety and transparency of the vote. Unfortunately, just a guarantee of a free and fair election by the military is not enough.

While this does not necessarily mean that international observers will be excluded from monitoring the future Presidential election, it is certainly not encouraging. Unfortunately, many activists see this move by the Egyptian military as a negative sign for Egypt’s transition into a democratic country.

Nevertheless, Global Exchange is proud to announce that we will be sending our first delegation to Egypt this January. Read all about it below, and consider joining us as we explore Egypt together. 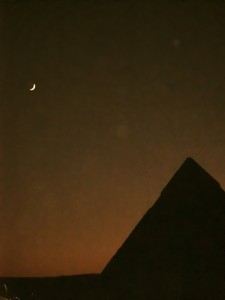 DELEGATION TO EGYPT:
Global Exchange’s first delegation to Egypt, El-Youm wa Bukra: The Egyptian Revolution – Hopes for Tomorrow and the Realities of Today, is set to take place January 21, 2012 – February 03, 2012.

The Egyptian Revolution represented a major success for the Egyptian people and the future of their country. Despite the success of peacefully ousting former President Hosni Mubarak, it does not mean that the hopes of the revolution have fully been realized or accomplished.

Join Global Exchange on our first delegation into post-revolutionary Egypt to analyze some of the complex social justice and human rights issues that inspired the nation’s nonviolent revolution.

This delegation will have a unique opportunity to delve into the intricacies of the Egyptian Revolution by exploring the social and economic issues that led to the uprising in Tahrir Square. We will also examine the aftermath of the revolution and how it translates to the people on the ground. From the Bedouins to the Nubians, from Muslims to Christians, we will learn from the voices of the diverse Egyptian population, about their daily realities and hopes for tomorrow.

Participants will examine issues surrounding corruption, poverty, sustainability, the environment, and fair trade along with gender and religion in order to develop an in-depth understanding of Egypt beyond the Arab Spring.

Program Highlights may include:

For more information about the delegation: Visit our website.

What do you think? Should SCAF allow international election monitors to observe the upcoming parliamentary elections? Share your thoughts in the Comments section.