The following is the final installment in a 4-part series written by Sophia Michelen, a Global Exchange Reality Tours participant who was on the delegation to North Korea last September 2010. In this series, she reflects on her experiences in North Korea.

“So, Why North Korea?!” by Sophia Michelen

It goes without saying that my journey in North Korea was far from ordinary- far from a conventional destination, far from the known, and far from the typical place to celebrate a 23rd birthday. Upon returning to the US, and as mentioned, many times before departing, a question echoed: So, tell me again, why would you go to North Korea? 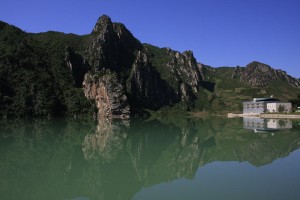 Travel, after all, is a means by which one can escape the ‘everyday.’ Routine does not exist while traveling and the ‘routine’ that is present is exciting at every moment (good or bad), which, by definition, is anything but ‘routine. In that moment of travel, in that place on that day, you have never experienced that exact ‘routine’ before. So the routine of travel is actually an adventure, evolving by the second. Moreover, travel is a way to liberate yourself – to free yourself, to dream and to grow, a way to leave your comfort zone. Travel is a balance between learning about foreign cultures, yet feeling the freedom to experience a different world – even just for a few days.

Nothing makes me feel more alive – more human and more free, then traveling. The joy of the freedom, starting thousands of feet in the air on a secluded plane, is indescribable – literally. My heart fills with butterflies, pure ecstasy runs through me, and I am able to breathe more easily. So why would I want to travel to a place that would prevent me from having any such freedom? Just to check off another unconventional country on my “have been to” list? 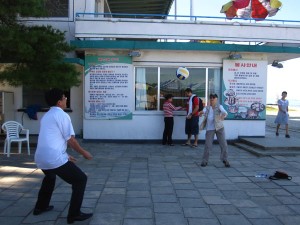 I was traveling to the antithesis of freedom, leaving the country of the free. Literally. How would I feel once my Air Koryo flight door closed, with “doors to manual” announced in Korean? No outside world as I knew it for a week. My laptop would not catch the local Starbucks free Wi-Fi, my phone (aka my lifeline to the world as I knew it) would be confiscated, my passport would be held captive. Technically, I would have no identity. I would not, and did not, know what was going on in the world outside of the hermit bubble. I was not free in this sense. But here is where the balance comes in. While I lost the traditional freedom we know of, I gained from the timeless feeling of travelling to North Korea. Because I was not free in this traditional sense, I was free to experience a new culture fully. Cell phones, Starbucks and computers – the link between continents – were not present. So, New York City and Dubai did not exist. The familiar was gone and for the first time in my life, and in my opinion in a place stuck in time, I was traveling as if I were living in the early 1960s. Technology, newspapers and chain restaurants did not exist. Many people dream of what it was like to live “back then” and move without technology or to be connected so rapidly – well here it was. I was given the freedom to live a past life in the present world. 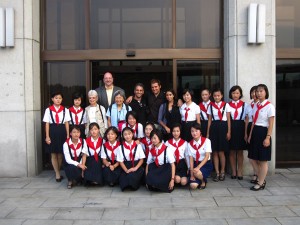 So how can this freedom not thrill you? Yes, there are harsh realities and sometimes frustrating traditions, but through the experience I learned and I saw. I had only seen vintage Royal Enfield motorcycles in movies and museums – side car included. But here, I lived it – old motorbikes scooted around rampantly in the DMZ zone. And nature? I saw the most beautiful “mirror” lake I have ever seen – the water so, so still that the reflection of the valley did not feel real. I had to splash the water to make sure it wasn’t a mirage. I learned American-Korean history from both sides while on the Taedong River in the U.S. Spy Ship, Pueblo by having North Korean sailors and guards explain one side, while having an American marine on hand to explain the other. This is not to say that it is a peaceful topic, but it was the ultimate history class – primary and secondary sources surrounding me! Or even fun times – sharing fries and a drink with North Korean businessmen while bowling in a retro two-lane bowling alley in the basement of our hotel in Pyongyang. Americans and North Koreans bowling – who would have guessed? Language was clearly a barrier, but their screams of “AWESOME!!” (pronounced oh-ahh-sum) in a high-pitched voice, throwing hands in the air for the universal congratulations of a high-five when only a few pins fell was a site to see. Their excitement was as if they had bowled to perfection game in a national completion, and the imagery of this last night makes me laugh out loud – even as I write. 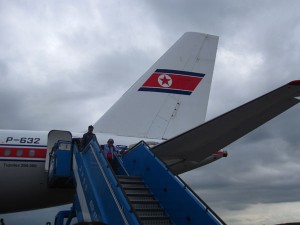 My trip to North Korea was extraordinary, but it was so because of the people on my trip – North Koreans and Americans. Yes, tours in the country are practically the same – the same locations, same remarks, and same routines, but each delegation is different. Not many people understand North Korea’s people. Putting politics aside, not many people bother to learn about the North’s cultural norms, and while friends and relatives back home see the photos and video clips brought back from travels; these modes of capturing the moment do little justice. No matter how many photos I took or how much I wrote in my journal, only my memory can be the full primary source of my trip. Sometimes, words just can’t explain the emotion behind certain situations – like the awe and astonishment of seeing over 60 000 individuals perform at the Arirang Mass Games. No other performance could compare to this, and being in that stadium, in that moment, was just priceless. While more than 60, 000 performers showed visitors their dances and acrobatics, both children and adult alike, people in New York City were grabbing their lattes to go, in a rush to get to the next meeting – two different worlds in that same moment.

I can’t be frustrated when friends or family react in a passive way for something I was so enthusiastic about. Grasping a concept or an experience that does not exist in this Western world is incredibly difficult to capture, almost impossible. I was fortunate to have had such a diverse group with me, but to those planning or wondering what it’s really like in North Korea – just go. Of course, there are endless blogs, thousands of photos, and even YouTube videos to be found that can give you an idea of what it is like. But if you go in impartially, just enter as a curious traveler – I promise that you will gain more. And once you return, you will join those other few individuals who have traveled there, who are the others to understand what it’s like to be inside the invisible walls of North Korea. 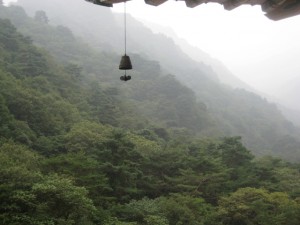