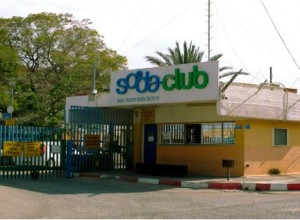 Who doesn’t love an ice cold glass of soda on a hot summer day? But SodaStream’s soda water isn’t so cool….

SodaStream, an Israeli company producing a do-it-yourself, counter-top seltzer and soda maker, has been marketing its ware as a “green alternative” to soda cans and bottles. But buyer beware: SodaStream’s main production site is in Mishor Edomim, a settlement and industrial zone in the occupied West Bank, on confiscated Palestinian land. The company exploits Palestinian labor and sells it’s product with a “Made in Israel” label.

During the last two years, SodaStream has expanded it’s market into the US, listed on NASDAQ, and started an aggressive marketing campaign in partnership with its US distributors, which include Bed Bath & Beyond and Macy’s. SodaStream, and other companies which produce in the settlement, takes advantage of Israel’s mandated advantages in the occupied territory, such as tax incentives, governmental support and lax enforcement of regulation. 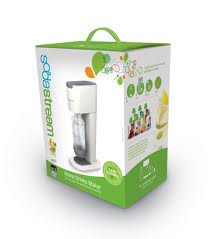 In a recent interview, the company’s CEO, Daniel Birnbaum claimed that the company is experiencing unprecedented growth and they don’t expect any problems in the US with the kinds of boycotts they’ve been encountering in Europe. In Sweden and in Germany – their representative, Brita, was selling SodaStream under the label “Made in Israel” and the European Court has ruled that was illegal. (Article in Hebrew, read with Google Translate)

Let’s prove them wrong. Consumers in the US don’t want illegal products either!

This weekend, the San Francisco Chronicle published an article about the company, making no mention of the fact that these appliances are made in an illegal Israeli settlement.

Please help fill out the “comment section” of the SF Chronicle article to let SodaStream know that the US does not support illegal settlements in the Occupied West Bank and we don’t want to drink the water made possible by the labor of exploited Palestinian workers.

Do you want more information? Earlier this year Who Profits? released a report on SodaStream’s operations.