Global Exchange is hosting a series of blog posts from allies who are headed to the Move Over AIPAC conference taking place in Washington, D.C. this weekend, May 21-24, to expose the AIPAC lobby and build the vision for a new US foreign policy in the Middle East.

The following post was written by Omar Barghouti, author of Boycott, Divestment, and Sanctions (BDS): The Global Struggle for Palestinian Rights. 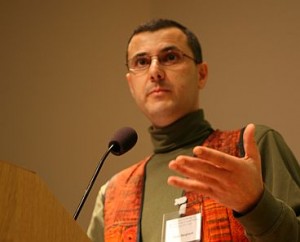 The Arab democratic spring, striving to end authoritarian rule and establish freedoms and social justice, has not been welcome by all. Israel and its main lobby in the U.S., the American Israel Public Affairs Committee (AIPAC), for instance, appear to have been caught off guard and visibly disturbed by the seemingly irreversible transformations that these uprisings promise to bring about in the Arab world and, to an extent, the world at large.

Having stood on the wrong side of history during the Tunisian and then the Egyptian revolutions, supporting the despots and authoritarian regimes against the people, Israel has a lot to lose from the democratic winds of change in the region. When Hosni Mubarak was about to be overthrown by the people’s revolution in Egypt Israel launched a diplomatic campaign to convince key Western capitals to support him lest stability is lost and Israel’s other tyrannical friends in the region feel abandoned.

In Tunisia, as well, the vaunted electronic surveillance apparatus of the former dictator Ben-Ali was run in close cooperation with Israel, as exposed by Tunisian civil society organizations. With more of Israel’s friends in the region being dethroned, it is becoming abundantly clear how much Israel and its Western partners have invested in safeguarding and buttressing the unelected, autocratic regimes in the Arab world, partially to make a self-fulfilling prophecy of Israel as the “villa in the midst of the jungle” — the myth often repeated by AIPAC. The impact of debunking that myth cannot be overstated. Israel has, for decades, extracted billions of dollars, not to mention diplomatic, political, and scientific support from the U.S. and European states partially based on this misleading image of Israeli democracy, and despite all the evidence to the contrary. A state that has been imposing an occupation regime for almost 44 years on Palestinians in the West Bank (including East Jerusalem) and Gaza, that has denied on racial grounds millions of refugees their UN-sanctioned right to return home, and that is regularly condemned by its chief benefactor and ally, the U.S. government , for its “system of institutional, legal and societal discrimination” against its own Palestinian minority carrying Israeli citizenship cannot reasonably be regarded as a “democracy.”

The fact is, U.S. citizens have been bankrolling Israel’s system of occupation, racial discrimination and denial of basic human rights to the tune of billions of dollars annually without knowing what they were funding and why. AIPAC is the main culprit in this process of defrauding the American people, while one cannot ignore the fact that the U.S. military and oil establishments have also stood to gain from Israel’s colonial expansion, endless bloody wars of aggression, and role as the police of the region, preventing popular revolt from threatening the pillage of its vast strategic resources.

For many years AIPAC has falsely advertised Israel as a democratic state that best serves U.S. interests in a turbulent and unpredictable part of the world, covering up Israel’s suppression of human rights and its very nature as a state premised on fanatic militarism, racial segregation and injustice, contrary to the supposed “shared values” with the “West” that AIPAC has fed to the American public so effectively with its well-oiled media machine and its unmatched power of intimidation as well as suppression of debate and dissent by anyone who dares to slightly step out of line and question the “Israel-first” agenda.

But given that Israel in the last few years, especially since the start of the recent Arab revolutions, has largely and quite demonstrably failed in hindering the outbreak of popular uprisings and democratic transformations in the Middle East, leading pundits have started to raise serious doubts about the taken-for-granted mantra of convergence between Israeli and American interests.

Furthermore, at a time when average Americans are losing jobs, benefits and hope, should the U.S. be spending billions to help Israel maintain its regime of oppression and violations of international law? When schools and hospitals in the U.S. are being closed, and when hundreds of thousands of U.S. soldiers are mired in endless wars in Afghanistan, Iraq, Pakistan and elsewhere, where they sow mass destruction and death among the populations of these countries, while they themselves suffer increasing casualties, should U.S. taxpayers continue to fund this immoral war agenda? Should Israel and its lobby groups be allowed to pull the U.S. into more wars or to continue to justify Israel’s own brutal and patently illegal wars of aggression, as the one against Palestinians in Gaza in 2008-09 and on Lebanon in 2006? 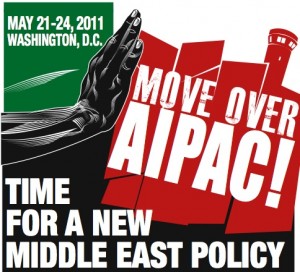 If members of the U.S. Congress dare not ask these critical questions for fear of AIPAC’s wrath – perceived and carefully marketed as invincible – and an almost certain loss of career, shouldn’t the working people of the U.S. pose them and demand accountability and, indeed, democratic regime change?

It is in this context that one cannot but highly admire the courage, creativity and resilience of human rights and advocacy groups in the U.S., like CODEPINK, the U.S. Campaign to End the Israeli Occupation, Jewish Voice for Peace and many others that insist on challenging AIPAC’s domination of U.S. foreign policy in the Middle East and beyond and its detrimental and deeply corrupting influence over U.S. decision making in general. The CODEPINK-led campaign to “expose AIPAC and usher in a new foreign policy,” to be launched in Washington, DC in May is a badly needed and truly inspiring effort that should be widely supported by all those who care about the cause of justice and peace in the U.S. and, by extension, the entire world.

Take action by attending Move Over AIPAC, a gathering in Washington DC from May 21-24, 2011, to expose AIPAC and build the vision for a new US foreign policy in the Middle East! More information can be found at www.MoveOverAIPAC.org.

Spread the word! The Move Over AIPAC Summit keynote and plenary will be aired on livestream at www.moveoveraipac.org on Saturday, May 21, 10:30am-3pm EST and people can tweet questions to @moveoveraipac