On Earth Day, Recognize the Rights of Mother Earth

By Maude Barlow and Shannon Biggs 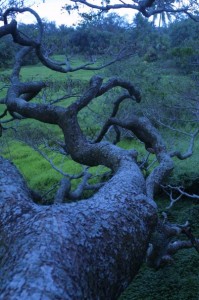 This Earth Day, we need to start envisioning a future based not on exploiting nature but on recognizing that nature has inherent rights.

Ironically, this week also marks the one-year anniversary of the BP oil spill, the worst one in U.S. history.

Beyond headline-grabbing catastrophes, every day we dump 2 million tons of toxic waste into the world’s water, the equivalent of the weight of the entire human population.

Every day we literally blow the tops off of mountains to release hidden coal.

And it’s all legal, because under current law, nature is nothing more that human property, like a slave.

But thanks to some innovative thinking by governments, municipalities and indigenous peoples, a wiser mindset is taking hold. And the United Nations has also begun to consider the rights of nature.

This may be the first step toward the adoption of a Declaration on the Rights of Mother Earth. A companion piece to the Universal Declaration on Human Rights, this emerging declaration — which would be backed by enforceable laws around the world — seeks to redefine our human relationship with all other species from one of dominance to one of harmony.

Many places have already begun to change their laws in accordance with this new way of thinking.

On November 16, 2010, Pittsburgh became the first major U.S. city to recognize the legally enforceable rights of nature. Faced with dangerous “gas-fracking,” Pittsburgh’s city council unanimously passed a cutting-edge law that stops gas-shale drilling by elevating the rights of communities and nature above the interests of energy corporations.

Canadian communities are also wondering if legally recognizing rights for nature can stop the privatization of their public water systems and halt dangerous tar-sands drilling in the fragile Alberta region.

And these bold municipalities are not alone.

In 2008, Ecuador became the first nation in the world to rewrite its constitution to include rights for nature to exist, flourish and evolve.

This year, Bolivia is set to pass 11 separate laws recognizing the rights of Mother Earth.

These laws do not give rights to individual bugs or trees. Rather, they stop the kind of development that interferes with the existence and vitality of local ecosystems.

A worldwide movement, led by indigenous peoples, has emerged to support this cultural and legal shift.

Einstein said that problems cannot be solved by the same level of thinking that created them.

Every now and then in history, the human race takes a collective step forward in its evolution. The earth, and all its inhabitants, urgently needs this to be one of those times.

Maude Barlow is chairperson of the Council of Canadians. Shannon Biggs is director of the community rights program at Global Exchange. Both are contributors to the forthcoming book, The Rights of Nature: The Case for a Universal Declaration of the Rights of Mother Earth.
—-
This article also appeared in The Progressive, The Miami Herald, The Bellingham Herald, The Kansas City Star, The Olympian, and The Sacramento Bee.