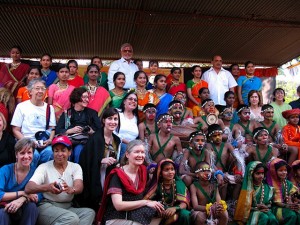 Mohandas K. Gandhi’s philosophy of nonviolence is like the iceberg – what is visible is only a fraction of what is hidden.

Scholars have analyzed over and over the part that deals with political conflicts and independence of nations, because they insist that nonviolence is simply a strategy of convenience. (Mohandas) Gandhi said:

This philosophy is not like a jacket that you wear when necessary and discard when not.  Nonviolence is a life style that one has to adopt which means allowing all the love, understanding, respect, compassion, acceptance and appreciation to emerge and dominate one’s attitude. Then we will be able to build good relationships not only within the family but outside of the family. We will no longer be selfish and greedy but magnanimous and giving.

It is no longer a secret that official India had abandoned Gandhi’s philosophy upon gaining independence. However, there are many at the grassroots level, young and old, who are still inspired by his philosophy and have put it into action to bring about a qualitative change in the Indian society. Many have started projects to bring solace to the poor of whom there are more than 500 million in India. 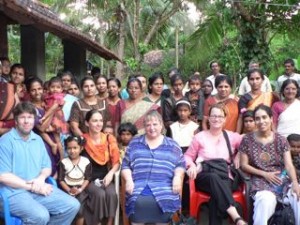 The Gandhian Legacy Tour explores these projects in the cities and in the villages to see first hand how people have used Gandhi’s philosophy in every day life. How they are trying to deal with conflict situations constructively. It is an unusual tour in as much as we visit places where normal tourists do not go, we are hosted by the poor in city slums and in traditional India.

Among the many diversities in India the one that divides the westernized urban India and the traditional rural India is the most odious. Urban India is not India at all and we shall explore this on the tour, while the traditional India is the true heart of India. The experience of traveling with the Gandhi Family is both educative and enjoyable. Come and experience it for yourself.

For more information about our upcoming Gandhian Legacy Tour, please visit our website.