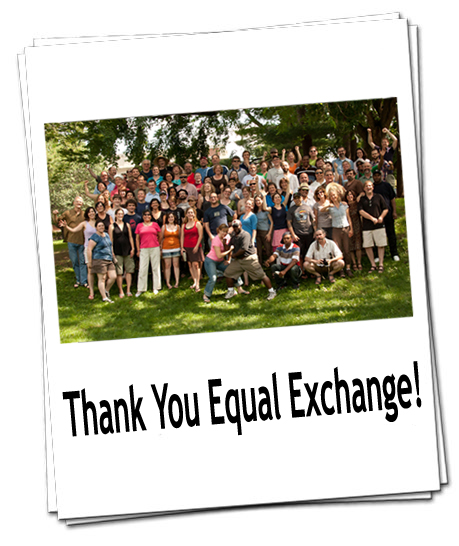 This is Part 5 in an 8-Part “Giving Thanks” series, a Global Exchange exclusive highlighting individuals (chosen by Global Exchange staff members) who are contributing to our social justice work in some way. This series will culminate with a “Giving Thanks” video to be launched right here on Wednesday, November 24th. So please join us in recognizing those special individuals who are helping to make this world a better place.

Equal Exchange is a worker-owned co-op whose mission is to build long-term trade partnerships that are economically just and environmentally sound, to foster mutually beneficial relationships between farmers and consumers and to demonstrate, through their success, the contribution of worker co-operatives and Fair Trade to a more equitable, democratic and sustainable world.

I am a believer in old-fashioned, person-to-person organizing.  And I am a big believer in door knocking.  It is one of the actions we can take that is at the heart of our democracy.  When people created this crazy dream of democracy, they didn’t have the internet.  They talked to their neighbors in person.  It was the most powerful act you could take then, and it is the most powerful act you can take today.  But it is also a rare act today.  People do not know their neighbors.  People are even afraid of their neighbors. 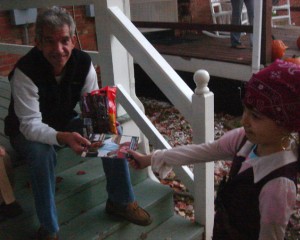 Soon after I started working as Global Exchange’s Fair Trade Campaign Director, I had this idea.  What is the one time of year when people will still knock on their neighbors’ doors, when they could take social justice action without adding anything to their busy schedules?  Halloween!  What if we could take that day each year to raise awareness of child labor and slavery in the cocoa industry?  We would call it Reverse Trick-or-Treating.  I imagined children all over the country handing flyers and chocolate samples out to thousands of households, but I did not believe we would ever get the funding to support that dream.

A few days after I made an off-hand comment about the Reverse Trick-or-Treating idea during a conference call on a different topic, Rodney North of the food cooperative Equal Exchange called me up and offered exactly the thing I had dreamed of.  “How would you like to do Reverse Trick-or-Treating chocolate-enhanced?” he asked me, offering a massive donation of Fair Trade chocolate and beautiful, glossy cards for children to hand out, as well as support in inviting other Fair Trade chocolate companies to donate as well. The rest is history!

Over the past 4 Halloweens, since we launched the program together with Equal Exchange and dozens of other leading organizations and Fair Trade chocolate companies, schools and congregations, Fair Trade Coalitions, and individual families…tens of thousands of children, youth, and adults from all 50 states in the US and all provinces in Canada have participated in Reverse Trick or Treating, handing out chocolates and informational cards to over 600,000 households, and reaching millions more indirectly through the tremendous media coverage that has been generated. 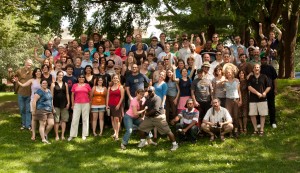 The significance of Reverse Trick-or-Treating is absolutely extraordinary. The annual event has captured the imagination of and invigorated the Fair Trade movement, from the smallest to the largest Fair Trade organizations in the country.  Reverse Trick-or-Treating has taught tens of thousands of young children at a formative age that taking action for social justice is deeply gratifying, fun, and easy.  These active kids have reached out to hundreds of thousands of households that may have never otherwise heard about the tragedy of child labor and slavery in the cocoa industry, or about Fair Trade, which prohibits these practices. Hopefully Reverse Trick-or-Treating has made a difference for millions of children and families in cocoa growing communities around the world. 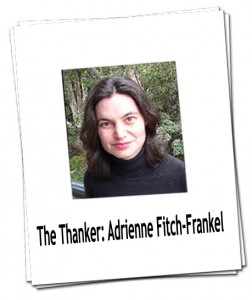 So thank you Rodney, Dia Kelsie and the entire Equal Exchange cooperative crew!

Who are YOU thankful for? Add your own thank you message in the Comments section to recognize someone you think is doing great social justice work. And if you feel so inspired, Retweet and Share this post to help spread the recognition all of our ‘Thankees’ deserve. Thank YOU.