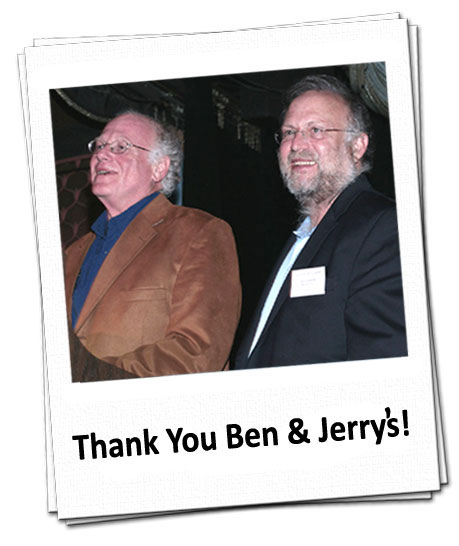 This is Part 1 in an 8-Part “Giving Thanks” series, a Global Exchange exclusive highlighting individuals (chosen by Global Exchange staff members) who are contributing to our social justice work in some way. This series will culminate with a “Giving Thanks” video to be launched right here on Wednesday, November 24th. So please join us in recognizing those special individuals who are helping to make this world a better place.

I want to thank the Ben & Jerry’s company — Ben Cohen, Jerry Greenfield, Jeff Furman and Jostein Solheim in particular, because they have decided to go 100% Fair Trade by 2013.

Having Ben and Jerry’s go Fair Trade represents a quantum leap in terms of volume and impact yet the company is quick to acknowledge the pioneering work of the smaller 100% Fair Trade companies who led the way.

Since the beginning Ben, Jerry and Jeff wanted to create a company that protected the livelihood of small Vermont dairy farmers, that paid a living wage to workers in the ice cream factory, that made a good product, and continued to have fun doing it — taking political risks whenever they could.

Ben & Jerry’s has done so much; Peace Pops and small grants to social justice groups doing grassroots work around the country, ice-cream shops in the former Soviet Union and downtown Detroit. 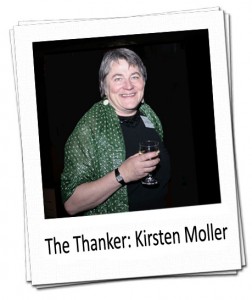 Even after the corporate take-over, Ben, Jerry and Jeff continued to stand for justice. And now they are working to make the whole supply chain fair — sugar, milk, coffee, vanilla, nuts and chocolate. For their Fair Trade commitment, along with their longstanding support of Global Exchange….

Thank you Ben and Jerry’s!

Who are YOU thankful for? Add your own thank you message in the Comments section to recognize someone you think is doing great social justice work. And if you feel so inspired, Retweet and Share this post to help spread the recognition all of our ‘Thankees’ deserve. Thank YOU.