This past June, Reality Tour participant, Amy Murray went to  Peru on the Not For Sale Advocacy Delegation on Human Trafficking. Read on as she shares her experience with us. 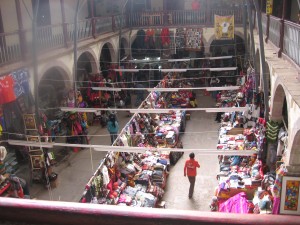 I am a graduate student, and, as a requirement for my school, I had to do a cultural immersion.The immersion required me to spend75 hours outside of my own culture. I decided to use this requirement as something helpful for my personal growth and something that would help me learn more about the issue of human trafficking. The last time I had been out of the country was 10 years ago. My passport had just expired, but I decided to renew it and go on an adventure.

In my search for the perfect opportunity, I found the link for immersion trips through the Not for Sale Campaign’s website. Each of the offerings sounded like an excellent opportunity to learn more about a different culture. The Peru immersion experience seemed to offer an in-depth look into the Peruvian culture, as well as some tourism such as: the economic, governmental, and social realities. The main focus of the trip was on the human trafficking issue, which is an issue I have been passionate about for some time. Our group met Lucy Borja, the founder of Generacion, who was such an inspiration in how she loves the “unwanted.” We also met some of the kids from the streets who were so welcoming. It was overwhelming to walk into a small house and see a large group of smiling kids, singing and dancing. They greeted us one by one with a hug or kiss. We learned some of the troubles street kids face daily. They are treated poorly by the government and the Peruvian citizens because of their status. The Peruvian government outwardly and openly demonstrates their distaste for the street kids viewing them as a nuisance. We met one girl who stood outside our van and asked us to take her to the states with us. Much of the trip was emotionally overwhelming because of the hardships the kids face.

My adventure started as soon as I sent in my application to Global Exchange. To prepare for such an extensive trip was something I’ve never done before. I haven’t gone out of the country in so long that I needed a lot of help getting ready. I heard from many different people their thoughts on booking flights and what I should pack. I think packing may have been the most difficult part of the pre-traveling process. I tried to pack light, but I had so many “just in case” items that I felt I was packing way too much. Meanwhile, my friends thought I wasn’t packing enough. I read reviews online about traveling specifically to Peru. I got some vaccinations and finally, after months of planning, I was on my way to Lima, Peru.

Before setting foot in Peru, I realized an immediate difference in culture beyond my own preconceptions. On the plane I met a man from Peru who was trying to teach me Spanish during our 6 hour flight. When we got off the plane, there was a woman who yelled something in Spanish. The man looked at me and asked if I knew what the woman said. When I said no, he just smiled and walked off. I still have no idea what that woman said.

Throughout the next ten days I became immersed in a culture that I knew little about. I not only learned about the many cultures and subcultures of Peru, but more about other parts of the US. My traveling companions were four people from different parts of the US.

I think the biggest culture difference was the diversity from one town to the next. One day I ate potatoes and cheese in a small kitchen in an adobe hut, and the next day I was sitting in one of the best restaurants in Lima eating, well, different potatoes I guess. One constant was that Peru has many kinds of potatoes, and, rich or poor, everyone eats potatoes. That didn’t concern me at all. I am predominately Irish, so potatoes are a staple in my diet.

Most of the trip I was in overwhelmed emotionally. Sights and sounds were different than I had ever experienced and it was sometimes hard to focus during group discussions and meetings. The language barrier got to me eventually. I was so frustrated that I couldn’t seem to ask a question without making hand gestures and limiting everything I could in the 10 or so Spanish words I knew. As soon as I stepped off the plane in the US I smiled because I was immediately greeted with a “hello,” instead of “hola.” It was comforting to be able to speak in my native language. I had never realized how much power there is in language. In the midst of this trip, I realized how incredibly hard it must be to immigrate to a new country. I had a group around me that did know my language, so that I could ask questions if need be. I don’t know what I would do if I was completely alone. Some things that seem simple, such as getting a cab, ordering food, or buying merchandise are completely different in another country. In Peru when I wanted to go to town in a cab, I was told that I should pay no more than 3 soles, if I wasn’t told that I’m sure that I could have paid more than 10 sole without knowing any better.

I have tried to gather cultural differences and things I learned into something concise, but haven’t been able to. I have actually been learning more since I’ve come home. I did find out that because I was in Peru for 10 days- 10 days longer than many of the people I know- I have become the “expert” on the country to people I talk to.  I am far from being an expert. I have had one trip and I feel that there is so much more to learn. From what I did learn, I am questioning if I am even an expert on American culture. It is so easy to generalize people for what you think they should be from what you heard, but until you experience the culture or subculture for yourself, you are not truly informed.

Because of this experience, I have been able to educate others about the realities of Peru. I gave a presentation to my class about everything I learned culturally. I also presented to the Western Washington Coalition Against Human Trafficking. I have shared my experience with everyone I know because people are fascinated with other countries and cultures that they don’t know. It is an easy way for me to lead people to discuss the trafficking issue in the US. Most people are shocked to find out that trafficking does happen in the US. The same thing that is happening in other countries is happening in our own country. I understand the issue more because of my first hand experience in Peru. I also was shown a way that the victims are being helped. Lucy is being proactive by spending time with the girls while they are prostitutes, so that they can find a way out before they are fully immersed into modern day slavery, or while they still have the freedom to walk away from it. I have come back to the US with new understanding of what is happening in our country. Since it’s not widely understood in our country that trafficking happens within the US, it is hard to find a solution to an already too big problem. Most of the time that could be spent on finding a way to help is spent on educating others that it really does happen.

I met some amazing people on my trip: heroines in the fight against Human Trafficking, people who are helping others by their willingness to be available to help, and our US team who is now more aware of Peru’s reality. Everyone who has acknowledged this issue as one that is actually happening, a human rights issue, and is doing something to help fight it is a hero. It doesn’t take much to become an advocate; by just speaking up against trafficking is helpful to the fight. People cannot be expected to change when they don’t know there is a problem.

I have always been a compassionate person, if anything, this trip has helped me become even more compassionate. I am pursuing my masters in counseling psychology, so naturally, I like helping people. I am curious how people handle joys and trials in life. I am so glad that I went on this trip to expand my knowledge and cross cultures. There is nothing more eye opening than to experience the “unknown;” in other words, to get out of your comfort zone. Even traveling within our own country is an eye opening experience. I encourage everyone to leave their comfort zones and travel; it is always an adventure whether you love the country you visit, or decide it’s not for you.

Amy Murray is a graduate student at Northwest University pursuing a MA in Counseling Psychology. She is actively involved in the fight against human trafficking and serves in several different places such as, the Not for Sale Campaign and the Western Washington Coalition Against Human Trafficking. In her spare time, Amy likes to work on art projects, run, and play tennis.