Freedom to Travel to Cuba, People to People Blog

HR 4645, the Freedom to Travel to Cuba bill, Passes out of House Agriculture Committee 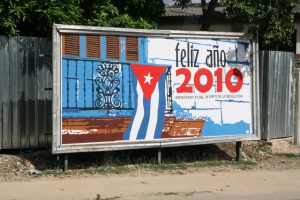 The House of Representatives Committee on Agriculture, passed today, in a 25 – 20 vote, H.R. 4645, The Travel Restriction Reform and Export Enhancement Act, that could end all Cuba travel restrictions for US citizens!

The next step for this bill is a vote on the floor of the House, which is scheduled for the week after the July 4th holiday weekend.  We are told we still need around 13 votes, and that Speaker Pelosi will help us get them.

The debate on the bill began at 2:00 pm, EST, was interrupted once for a floor vote on another issue, and survived five attempts at amendments which would have eliminated or weakened the travel portion of the bill, four from Republicans and one from a Democrat.

Fortunately, for three hours, Chairman Peterson (D- MN) held tightly to procedural rules.  Both parties were allowed to express their reservations, but ultimately the Chairman and his Democratic majority prevailed.

Tomorrow we will get word from our sister organizations in Washington DC about next steps for us in this struggle.  We still have to survive a vote on the full floor of the House and the Senate!

cubaFreedom to Travel to Cuba