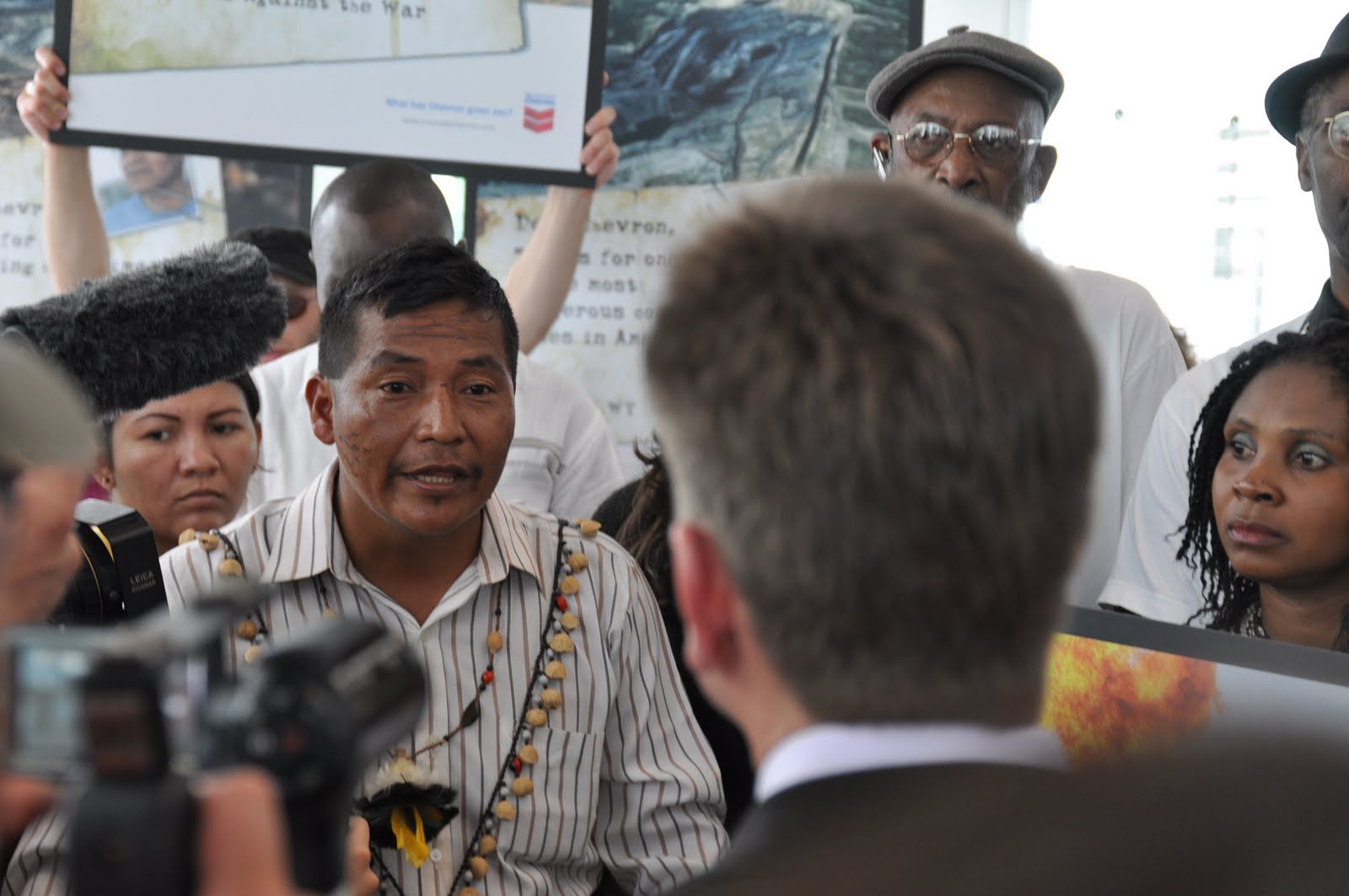 Photo Credit: The Campaign for Justice in Ecuador

Today Chevron denied access to shareholder representatives in what appears to be a bid to silence truth about its human rights and environmental abuses.

Here’s a timeline of activities leading up to today’s injustices:

May 19th, 2010: an unprecedented global network of Chevron-affected communities released the True Cost of Chevron: An Alternative Report to expose the truth behind big oil.

May 25th, 2010: Leading up to Chevron’s Shareholders meeting in Houston, Texas some 40 of the report authors presented the report to the press in Houston

Chevron’s actions today are just one more example of how the corporation silences the truth and avoids transparency. Dozens of leaders from communities around the world who are affected by Chevron traveled all the way to Houston to speak out about atrocities committed by Chevron and to deliver the recently released report, The True Cost of Chevron: An Alternative Annual Report, May 2010.

Chevron CEO John Watson opened the annual shareholder meeting touting Chevron as a good neighbor and yet they locked the door for communities from Houston, Alaska, Canada, Burma, Nigeria, and Colombia. This is the way we have been treated at home and meeting them here was no different.

No news yet about when Antonia and others arrested will be released. Check back with us on this blog for status updates.

If you haven’t read the report yet, you can download it here now. Feel free to share with others and spread it around.