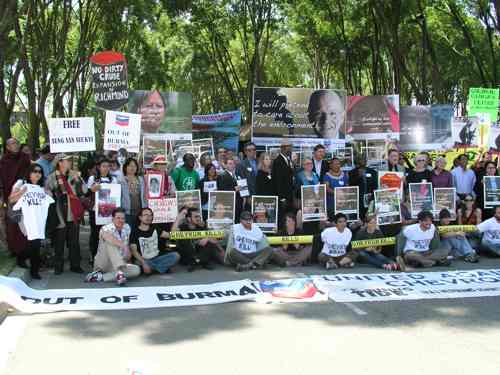 Chevron’s Annual General Meeting is over.  We used the occasion to try to alert shareholders to the problems with Chevron’s operations.  But, to be honest, we weren’t surprised that Chevron refused to listen.

We all watched year after year as U.S. auto makers ignored our pleas to build energy efficient vehicles and continued to fight environmental regulation.  The end result of that concerted effort to ignore reality was the devastation of the U.S. auto industry.

Chevron and the other large fossil fuel companies face a similar dilemma.  The fossil fuel business is over.  They cannot survive with their current business model.

We’ll be back next year to confront Chevron with the truth.  Who knows, Chevron shareholders might even start to listen.  But if they won’t, we’ll build a new clean energy economy that doesn’t include them.